JM Hurst is often called the "father of cyclic analysis". He published two seminal works: a book called The Profit Magic of Stock Transaction Timing, followed a few years later by a workshop-style course which was called the Cyclitec Cycles Course(now unfortunately out of print, but published until 2012 as JM Hurst’s Cycles Course).

The Profit Magic book has become something of a classic, and it presents aspects of Hurst’s cyclic theory in what might be described as its “early form”. It is an exciting read because it makes so much sense and for someone seeking to truly understand the movements of financial markets it offers the promise of doing just that. However it is in the Cycles Course that the full theory is explained in great detail, and this truly is the tour de force of Hurst’s work.

It was in the Cycles Course that Hurst presented an approach to performing an analysis of the price movement, which he called a phasing analysis.

The analysis of financial price movements performed upon the basis of Hurst’s theory is called a “Phasing Analysis” because it is a matter of determining the current phase of as many cycles as possible. The phase of a cycle is an indication of where that cycle is in its cyclical movement, more easily understood as “how long it has been since the last trough of the cycle”. Because cycles are cyclical, if we know how much time has passed since the last trough, we can estimate how soon the next trough will occur, and whether the cycle under consideration is presently influencing price in an upwards or downwards direction.

Phasing analysis is the key to working successfully with Hurst’s cyclic theory. There are many other important aspects to the theory (such as the nominal model one is working with, and the trading methodology one applies), but at the heart of everything lies the phasing analysis.

The reason the Profit Magic book has become something of a classic is probably because it offers the promise of helping the reader to truly understand the movements of financial markets. However, the book presents a form of analysis that is based on a largely “mathematical” approach, and which doesn’t result in the application of the full theory.

In the Cycles Course however the full theory is explained in detail, and a different approach to the analysis is presented. This analysis process is truly the tour de force of Hurst’s work. It is an unfortunate irony that many enthusiastic readers of the Profit Magic book never progress to a study of the Cycles Course, because although the theory remains fundamentally the same it is the different approach to the analysis that provides the key to unlock the profits of the theory and delivers on the promise made in the Profit Magic book of using cyclic analysis to truly understand the markets.

I describe the phasing analysis approach that Hurst presented in the Profit Magic book as “mathematical”, because it requires the plotting of several mathematically calculated displaced moving averages which are inflated to create constant depth channels around price – called Hurst envelopes. These channels are nested, and where they approach one another or themselves form a trough in their shape, a trough of the cycle (on which the channel is based) is positioned.

Figure III demonstrates the potential weaknesses of the approach.

And so, two vital conditions need to be met for this process to work for a trader (without the benefit of hindsight):

There are times when these conditions are met, and the process works well, but there are also times where the conditions are not met. And so, this process is all very well, but it doesn’t begin to tap into the true power of Hurst’s Cyclic Theory.

Phasing Analysis in the Cycles Course

In the Cycles Course Hurst advocated a different analytical approach, a process which is simple in essence, and is based upon a form of pattern recognition and the application of an advanced (hopefully) human brain to the resolution of complex dilemmas.

Entry Stage: First of all, the analyst identifies major troughs (“visually evident” troughs because they can be seen clearly) of the longest cycle that appears to be present in the data (Hurst called this the dominant cycle). If a particular expected trough is not apparent, or there is ambiguity in the positioning of the trough the positioning of this trough is postponed until the analyst has more detailed information.

Extension Stage: The analyst then considers the next shorter cycle in the cyclic model and identifies the troughs of that cycle using the previously positioned troughs of the longer cycle as anchoring points. The positioning of shorter cycle troughs often resolves the positioning of the longer cycle troughs, and so the analyst is constantly moving between the cycles, but generally moving from the longest (dominant) cycle down to the shortest cycle.

Completion Stage: Having resolved the shortest cycle visible in the data (the 5-day cycle if one is working with daily data), the analyst reverses the direction of the process, and resolves the position of all the longer cycles.

It is this different approach that provides the true key to Hurst’s cyclic theory because it presents a complete “cyclic model”: it informs the analyst of the phasing of all known cycles, not merely the phasing of one or two cycles. By understanding the complete picture (as complete as is possible, given limitations on available data) the analyst can trade according to how the cycles COMBINE to influence price.

Having performed a phasing analysis, the results are plotted on a chart using a notation system proposed by Hurst, involving the placing of diamonds beneath the price to represent the troughs of the various cycles. The higher the pile of diamonds, the longer the cycle which is forming a trough at that point.

Hurst’s Cyclic Theory, as presented in the Cycles Course is a very powerful analytical tool that can lead to consistently profitable trading decisions. Which brings us to the second aspect of Hurst’s theory: making trading decisions on the basis of the cyclic analysis.

Next: From Analysis to Trading

A unique approach to understanding the price movements of financial markets ...
5 months ago • 3 min read 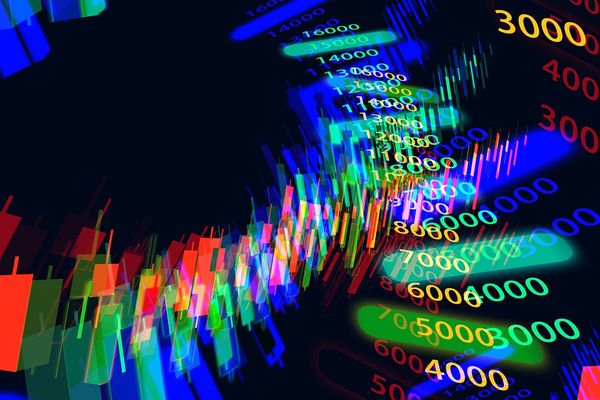 From Analysis to Trading

Analysis must inform trading decisions to be useful ...
5 months ago • 4 min read